After being on the Ferry, getting on the train from Naples to Rome and getting a car from the train station we arrive in Rome!  We decided to go see a few of the sights that were close to our hotel so we went to the Spanish Steps and Trevi Fountain.  Both were so pretty!  Then we got a quick dinner recommendation from the hotel and they suggested La Scalinata, around the corner.  It was nothing spectacular but it was good!  We are staying in the nicest hotel of the trip!  It is the Hotel dei Borgognoni - very modern and up to date, we love this hotel!  We unpacked and drank a little wine, and got ready for the next couple of busy days! 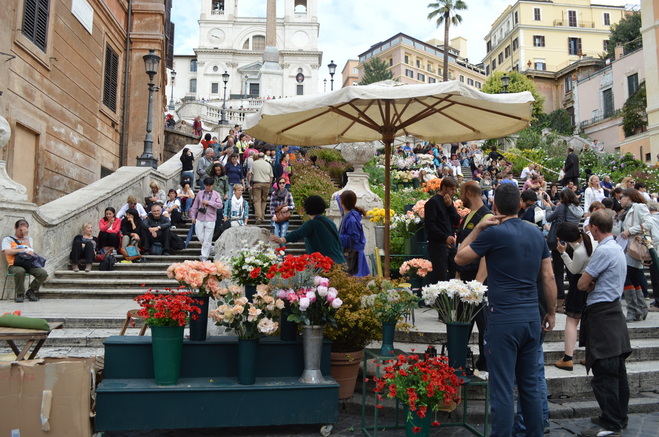 It was the day for the Vatican.  We had been so used to walking everywhere that we decided to walk to the Vatican.  That was not a good idea - we ended up being late for the tour.  Not to mention that we were not prepared for the crowds in the Vatican City.  We were on a Dark Rome tour of the Vatican it was a very large, crowded and impressive tour.  The Vatican is huge so there is a lot to see!  We saw the Museum, Sistine Chapel, Basillica, and Room of Raphael.  I love the Sistine chapel,  I could have stared at it for hours, it was so impressive and such a huge part of history and it is absolutely breath taking.  We grabbed a quick slice of pizza in the cafeteria in the Vatican.  After the Vatican we walked around Rome.  We went by the Augusta Museleo, Piazza de Popollo, the Trevi Fountain and the Spanish Steps.

For dinner Rachel selected a restaurant in the Traversette area called Meridionale, this was one of the most enjoyable meals during the trip.  The atmosphere of this pick was sort of like Anthropologie, so no wonder why Rachel liked it!  We were greeted with prosecco and bruschetta.  We had the house wine, fried dough, pasta, tuna and the beef and apples special.  That sounds like a lot of food but we were here for 3 hours!  We ordered some cookies for dessert!  Very good pick, we were able to just relax! 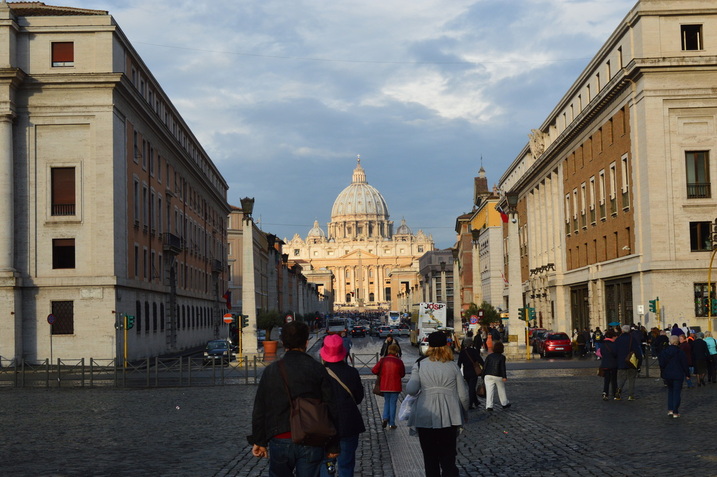 It was the day for Ancient Rome.  Our tour wasn't until later in the day so we were able to sleep in and eat a late breakfast!  We then walked to ancient Rome, on the way we saw a crazy street performer as well as a few of the imperial forums and ruins.  When we got to the Colosseum in started to pour so we found a dry place and had a little lunch.  The Colosseum is definitely a sight to see, being in a place that is that old and has seen the things that it has seen is crazy!  We also saw the Palestine and imperial forums.  We left the tour a little early in order to get ready for our very special dinner reservations!  We had a friend that had previously been to Rome set us up a dinner reservation at the most fabulous place in Rome!  The atmosphere of this place was one in a million!  It was so romantic!  It was called, The Library, the chef is a 3 star Michelin chef and the food was impeccable.  There were only 7 tables in the whole restaurant!  We had the most excellent bottle of wine!  This is one of those places where the menu is constantly changing but we had the Mozzarella and Salmon appetizer followed by a pasta that we split.  I had the Alfredo with Truffle while Jonathon had the Fillet with green pepper sauce. To end it all we had the hot dark chocolate cake.  This was another one of those meals that we really just sat there and took our time and enjoyed everything.  At the end of the meal we were able to meet the chef!  The best experience ever!  Such an amazing restaurant - definitely eat there and definitely set up reservations! 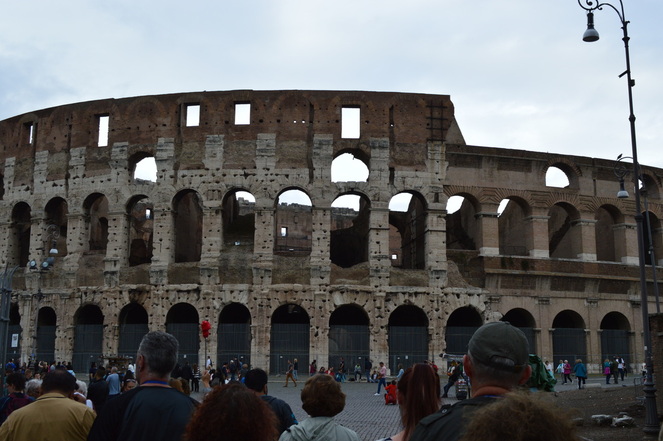 We were exhausted!  We decided to go see a few things in the morning like the Pantheon and Piazza Novena that was packed with art.  On the way back we stumbled across a wine shop and gourmet shop.  So we picked up a few bottles of wine for us to drink in the room and to take back with us.  We also rented some movies in the room and spent the days in doors watching them.  I know that we were in Rome and we should have enjoyed our last day doing something more but we were so wiped out!  So we just enjoyed it relaxing!  It took us a while to pack up so we also did that and got plenty of sleep for the flight the next day! 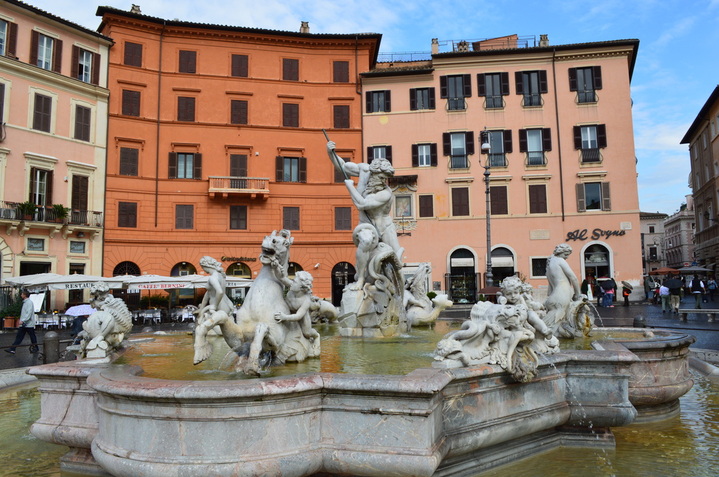